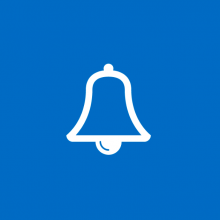 The astronaut Samantha Cristoforetti and professor Roberto Battiston, President of the Italian Space Agency (ASI) will be present at the inauguration ceremony of the 2017-2018 academic year scheduled for Friday 16 March 2018, at 11 am in the Aula Magna of the University of Perugia. The President of university Franco Moriconi announced the event in a press conference along with Professor Bruna Bertucci, professor of Experimental Physics in the Department of Physics and Geology and coordinator of the SERMS Laboratory in the Educational Science Centre of Terni.
"This is the first time we have held a press conference to announce the inauguration of the academic year, but this year it will be a special one - said President Moriconi -. The presence of Professor Battiston, lecturer in our University until 2012, will let us to talk about the framework agreement signed between Asi and University of Perugia to realize a series of collaborations related to space observation and space engineering. Samantha Cristoforetti, the first Italian astronaut woman, will show us aspects of her activity that will certainly interest young people. For this reason, in addition to our university students, we will invite those of higher education institutions, who will have the opportunity to get to know a world fascinating as the space is, with the possibility of bringing them, for their future study choices, to degree courses in these fields, from physics to engineering".

As part of the relationship with Asi we are working on a very special project: the construction and launch of a small telecommunications satellite built by our students - added President Moriconi -. However, funds are needed but I think that, among universities, Confindustria, the Region and with the collaboration of ASI, we will be able to successfully carry out this initiative. This is clearly a project of interest to the University, to our students, especially our Electronic Engeneer Faculty ones.
President Moriconi and Professor Bertucci have also highlighted the strong interest in the Umbrian territory for these sectors: in Umbria, in fact, there is an aerospace cluster with 28 companies with a total of 2000 employees, two of whom are spin-off projects of the University of Perugia, at the first place in Italy. In particular, Professor Bertucci highlighted the experiments, no less than 4, which were sent to orbit by the University of Perugia - the first in 1998 - and which are providing important scientific results.